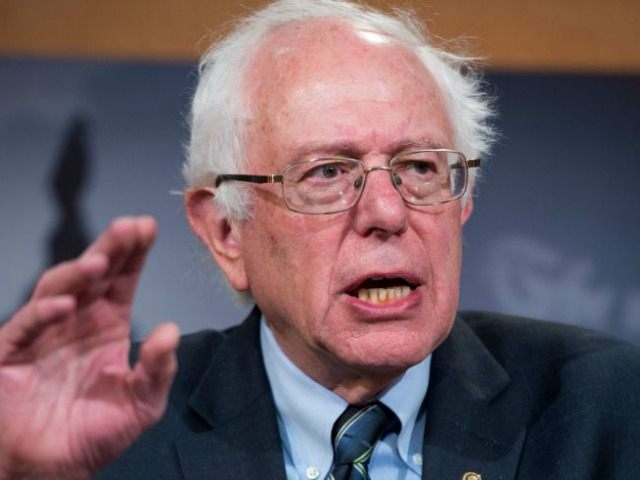 Eliminating private federal prisons and their lust for profit (at the expense of inmates and correctional officers) is one small step toward ending our mass incarceration crisis. As presidential candidates, your platform should consist o;reforming our harsh sentencing laws for nonviolent offenders, stop the imprisonment of the mentally ill, provide drug programs in the local communities, implement real rehabilitation programs in our prisons, and provide effective re-entry assistance to our returning citizens.

Our re-entry programs are failing. Nationally, about 66% of released inmates are locked up within 3 years of their release. A major cause of our high recidivism rate is the lack of employment for our returning citizens. The  “F” word is part of this problem. It is not the “F” word that you are thinking, but rather it is the “F” word – Felon. The constant use of this F word, felon, to describe a former incarcerated individual has reduced his or her chance for a successful re-entry into society. An inmate has completed successfully his prison sentence without any violations,but to society, he is branded forever a felon. The collateral damage from a felony conviction is overwhelming. I looked at ads for house rentals and some ads indicated no smokers, no pet owners, and no felons. Ex-offenders are now the untouchables of American society. Our American untouchables, felons, not only have difficulty obtaining safe housing, but face overwhelming obstacles finding employment.

Anyone with a criminal record has known the anguish and frustration of trying to find a job upon release from imprisonment. Once the former inmate has checked the box in the application for prior convictions,  the interviewer’s mind has closed to any thought of hiring, despite the applicant’s qualifications and his eagerness to work. The term “Returning Citizen,” is a positive way of describing an individual released from prison. Labels such as felon has created a negative and discriminating environment. Amazingly Americans are astonished at the high recidivism without considering its connection to the high unemployment rate for our returning citizens. Numerous studies have shown that employed returning citizens are far less likely to become a recidivism statistic.

The United States has 25% of the world’s inmates and only 5% of the world’s population. Whoever becomes our next president should make a priority of reducing our shameful recidivism rate.One important step–eliminate the discriminatory use of the “F” word to describe returning citizens.

“To Prison For Pregnancy”

William Daly The government’s expectations for the criminal justice system can be said to change with the public’s “impatience” with its current state, or when superficial solutions do not produce immediate results they seek. Sadly, we can make all these changes, release thousands of inmates, mandate changes to segregation all in the name of improving the correctional system but violence and disorder will persist. Criminal Justice policies have and will always be forged by particular social movements, interest groups or prevailing winds which move politicians to their greater cause with nothing more than Band-Aid approaches and solutions, if that. Cynical… Read more »

Ed–http://justusdepartment.blogspot.com/search?updated-max=2015-10-08T14:11:00-07:00&max-results=7 I agree. The politicians are out of touch with the people. The people want less crime. Politicians want less incarceration. The two are not the same. Prison overcrowding is a political football. In 1978 the Bureau of Prisons ha less than 30k inmates. They now have more than 196k. In 1978 I remember setting up bunks in the gym of the USP McNeil Island because of overcrowding. So even if population levels were to go back to what they were in 1978, some people would declare a corrections “crisis” due to overcrowding just as back then. These people ignore… Read more »

Ed– No one mentions the fact that more than 80%, in some states, of the corrections population is in alternatives to incarceration (community supervision) rather than locked up. This shows that incarceration in our country is an alternative sentence. Second: “We have too many low-level, non-violent drug offenders locked up.” What exactly does that mean? As with the Al Capone example, stats only tell us what a person’s”instant offense” is. They tell us nothing about criminal histories or circumstances of the crime or plea bargaining. Also–should we only incarcerate murderers and rapists? What about burglars, car thieves, swindlers and other… Read more »

Ed, you have some valid points. However, most of us do not confuse the phrase ‘mass incarceration crisis” with the gestapo. There is a tendency to minimize a another’s position by trying to make a comparison with the Nazis. Our crisis—simply,we have too many nonviolent offenders locked up. Many are there because of mental illnesses and/or addictions. Most are not “Al Capones.” You are correct re: that quite a number are there for theft. However, the theft arose from trying to satisfy their addictions. There are inmates who wish to rehabilitate. I know, you are surprised, but it’s true. Unfortunately,… Read more »

Ed–Bradley. I do understand where your coming from. You want to end and to alleviate suffering. You see injustice and inequities and you want to correct them. I want the same thing. In college, I was taught the same things you write about and I believed them. This is not an attack on you. It’s a criticism of the movement you represent. The term “mass incarceration” is a loaded term meant to illicit support from a public that seems uncaring to the plight of inmates. There’s limited space for a thorough response so, other than the points I’ve already made,… Read more »

Ed– I worked for 27 years in the Federal Bureau of Prisons from a Correctional Officer in a Federal Penitentiary to a case manager in 2 other federal prisons. In the system I worked in, an inmate could enter as a functional illiterate and leave with a college degree or with skills in things from plumbing to computers. I worked to transition inmates from confinement to freedom. The BOP’s philosophy was that release preparation begins upon the inmates admission into the system. I also worked in community corrections for 5+ years where I was in charge of community programs for… Read more »

Ed, it is not personal. As I said, you make some very valid points, but I disagree with some of your conclusions. However, this is why in the end, we have a great country, We all can speak our minds and listen to the other side.

Ed– Bradley. You’re right. One of the things I keep repeating is that our biggest problem isn’t our lack of agreement. It’s our lack of mutual understanding. Lack of agreement leads to compromise. Lack of understanding leads to war. In all current debates there are 2 and only 2 sides. So if you don’t agree with me, you must be “one of those people.” In the CJS reform debate, people like me who disagree with the notion of reform based on reducing our prison population due to “mass incarceration.” must be one of those people who want to “lock everybody… Read more »

Ed– I’ve been on the other side of the debate in my younger years as an idealistic correctional officer so I understand that those on the “let’s end mass incarceration” side have good intentions and are intelligent people. My concern is not in winning or losing the debate. I want to end it. If you look at the link on the Red Hook Community Justice Center, you find an “all of the above” approach to justice. Most importantly, the people who initiated this effort didn’t start by asking how many more or fewer people should we put in prison or… Read more »

Ed, I can only agree with “safe and more just.”