How Society Can Help Former Inmates and Avoid Recidivism

IT is the age old problem of what to do with those who have completed their sentences. Part of society will always hold the view that punishment should continue for the men and women who have completed their imprisonment. If society does not help the released to reenter the community by positive actions, then recidivism will continue to be a major problem for the local community and the country. In the following article published in the Guardian, Ben Gunn, released after many years in prison, discusses the issues that binds society and the ex-inmate. Although Ben Gunn was incarcerated in England, the issues raised are applicable to all countries.

We need to rethink the way we treat ex-prisoners

A few weeks out of prison after a 32-year stretch, Ben Gunn reflects on the obstacles he has faced trying to fit back into society 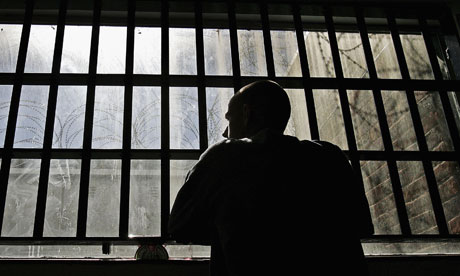 The process of building a life after you leave prison can be a difficult one.

Beneath the truly horrible statistics for rates of reoffending there lies a discourse that society refuses to engage in – and it pays the price for its intransigence.

We all, broadly, detest those who hurt us or the things that are important to us. Prisoners are accepting of the fact that as a group they are never going to be popular. That they can rouse quite such strong feelings is occasionally surprising to me, given that most people only know prisoners through the medium of media stereotypes. But that seems to be no deterrent to those with a surplus of hate and rage in our society.

This would not matter one whit were it not for the difference it makes in the way that prisoners are treated on their return to society. It is a journey that I have traveled for a mere few weeks now after 32 years of incarceration, and there have yet to be major surprises. I fully expected society to be an indifferent entity, one which accepts prisoners on to the streets but not into any meaningful position. Ex-prisoners are often left with the merest toehold in society, and this has serious consequences for both society and the individuals who will become the future victims of crime.

The first hurdle that has to be navigated are the frozen wastelands that comprise the state bureaucracy. Leaving prison with £46 and a piece of paper are humble building blocks on which to build a new life.

The job centre was clearly going to be an important pinnacle to ascend. But a pointless one. All terribly polite, even sympathetic and efficient, but utterly useless. Without a national insurance number little could be done except begin the benefits paperwork. Six weeks and one emergency loan later, and I am still no nearer enlarging my employment skills or fattening my wallet. With solid support around me I am never in danger of homelessness or starvation, but I am more fortunate than many ex-prisoners in this respect.

To appreciate the scale of this problem, divest oneself of all worldly goods, grab £96 – the maximum release payment – and stand on the street. Look around. How can you possibly begin to fit into a society where that money (meant to last until benefits kick in) won’t even find you a dustbin to rent.

I am in the strange position of having no money. And nothing from the state, six weeks post-release, for want of an NI number. And without that, no bank account, no place on the myriad databases that comprise a modern existence. I do not exist – except on the police national computer.

The process of leaving prison can be a difficult one. I have to weave myself back into a personal life, a social existence, and find economic meaning. The state, having had hold of me for 32 years, has now become indifferent as well as cold-hearted. And it is so for tens of thousands who leave prison each year, wandering to the nearest train station with their plastic bags unhelpfully emblazoned with the Prison Service logo – a modern mark of Cain.

Inmate Abuse: A Video Account from the Country of Georgia

Society needs more information and numbers. Educational programs exist in various states here but one recently cut educational ( college level) in Indiana. It is resented and has been resented by society at large and especially in a bad economy people may ask, I can’t afford my mortgage, my kid is in college and yet you want me to pay taxes to educate prisoners? I can understand that sentiment but also agree it would be best if the system were able to better prepare prisoners for life on the outside. Education, career specific training, pre-parole interviews. There is a certain… Read more »

Your analysis is right on point. The lack of knowledge regarding the multiple problems facing former inmates is a major factor in producing a high rate of recidivism. Good reentry programs help lower the rate of recidivism which obviously benefits all of society.

As a former offender of 22 years, I still find that elements of society, still discriminating against anyone with a felony background, Time does not necessarily erase the past, or make it less, significant. I currently work a coalition of churches and non-profit organizations, that are concerned about this very issue. Only because it impacts them. Many members of their own spiritual communities, are imprisoned, and eventually returning “home”. What this article points out, is a reminder that we still have much to do!

Prisonpath agrees completely with your point–“WE still have much to do!”

I have been out since 2004 after doing 13 1/2. Without my family support I would most likely not have made it. Society does not want us out, but have no choice in many cases. Instead of fight the machine, society needs to embrace the fact that MANY people have made mistakes, some greater than others, but can, do, and often change. This change can only be complete with society allowing (not giving)offenders to prove themselfs as fit to live in the free world. I have done this very well and now work for a 6 billion dollar company based… Read more »

I do agree with your comment.The prison system is dependent on a high inmate population. The private companies make a big profit including the telephone companies and the companies that supply each prison commissary. On a better note,I am glad to see that you are doing so well since your release in 2004.