Where there are prisons, there will always be inmates trying to escape. The outside world is always intrigued by inmates who escape from imprisonment. Our movies rightfully or wrongfully celebrate this theme. Movies such as “The Shawshank Redemption” or “Escape from Alcatraz” portray the daring inmates defying the system. In the real world, almost all inmates are recaptured  in mundanely fashion. For example, One inmate escaped from a Hagerstown prison by climbing the fences despite the injuries that he suffered from barbed wire. He was captured a few days later about five miles from the prison at a local convenience store by correctional officers from his prison stopping for coffee. Many escaped inmates are recaptured at their family’s home.

The two Canadians who just escaped by helicopter were recaptured very quickly after a car chase and a shoot out with local police. The following article tells about five other unusual helicopter escapes. 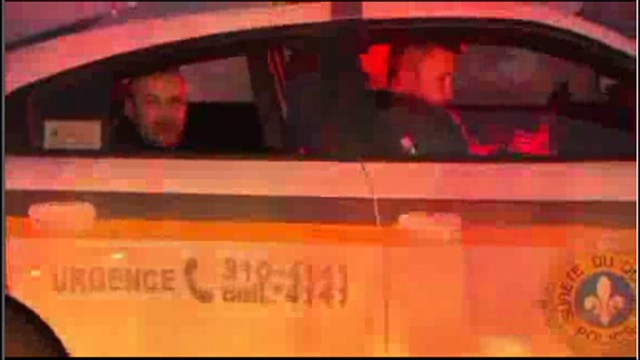 Inmate who escaped by copter captured

(CNN) By Holly Yan— The spectacular, airborne escape of two Canadian inmates Sunday stunned witnesses and showcased the illicit ingenuity behind one of the more creative styles of prison breaks.

But while astonishing, helicopter escapes are not unheard of. For decades, crafty inmates have fled into the sky — some with more success than others.

Nadine Vaujour was so determined to get her husband out of prison she took helicopter flight lessons just for the escape.

Her husband, Michel Vaujour, was serving a lengthy sentence for attempted murder and armed robbery. In May 1986, he forced his way to the roof of a Parisian prison by wielding nectarines painted as grenades.

His wife then picked him up in the helicopter and fled to a football field, where they drove away.

But their luck soon ran out.

Nadine Vaujour was discovered and arrested in southwestern France, and Michel was shot in the head during a failed bank robbery.

2. The American in Mexico

In 1971, Joel David Kaplan hopped on a chopper in a Mexican prison yard, never to return again.

Kaplan, who was convicted for the death of his business partner in Mexico City, always insisted he was innocent.

The New Yorker’s daring escape inspired the book “The 10-Second Jailbreak: The Helicopter Escape of Joel David Kaplan” and the 1975 movie “Breakout.”

Pascal Payet holds the record for planning the most number of escapes by helicopter, according to the Aircraft Owners and Pilots Association.

The Frenchman first used a helicopter to flee from a Luynes prison in 2001.

Two years later, while still a fugitive, he helped inmates from the same prison escape by chopper.

He was eventually caught, but then escaped for the third time from another prison using a helicopter hijacked by four men.

Payet and his accomplices fled, and the pilot was not harmed.

When Nordin Ben Allal dreamed up his escape, he didn’t mean for others to join him.

In 2007, when Ben Allal’s accomplices landed at a Belgian prison, other inmates tried to jump on board.

The chopper spun out of control, injuring the pilot and several of the prisoners, The Telegraph reported.

Ben Allal managed to escape — only to get recaptured.

In February, accomplices swooped over a prison in Greece and tried to whisk away convicted murderer Panagiotis Vlastos with a rope.

The accomplices reportedly unleashed a hailstorm of bullets from AK-47 assault rifles toward prison guards, who fired back.

Vlastos was shot, and the chopper eventually landed on the prison parking lot.