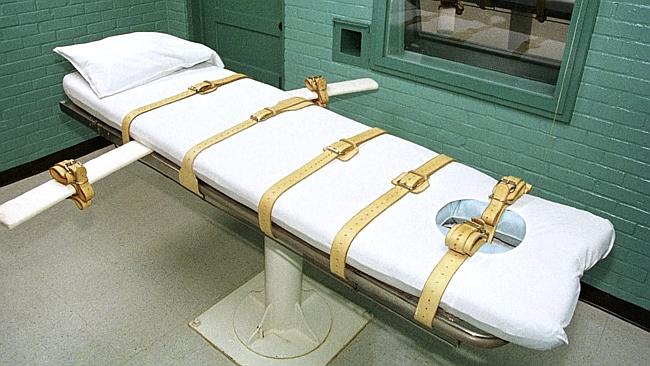 “Within the hours leading up to the scheduled execution, the Execution Team performed the necessary checks. At that time, the drugs appeared cloudy. The Department of Corrections immediately consulted with a pharmacist, and in an abundance of caution, Inmate Gissendaner’s execution has been postponed.”

The State Board of  Pardons and Paroles stated Monday night that its denial of clemency for ms. Gissendar remains unchanged.

Ms. Gissendar, was convicted in 1998 of planning the murder of her husband, Doug Kissendar, with her boyfriend. According to the prosecutors, Gissendar, a mother of three, wanted the proceeds from two life insurance policies and their house.

The day of her husband’s death, Gissendar gave her boyfriend a knife and went dancing with her girlfriends. Gregory Owens, her boyfriend, took her husband into the woods and stabbed him to death. Both defendants were offered a plea bargain of a life sentence with a stipulation not to seek parole for 25 years. Owens agreed to the plea bargain and Gissendar rejected it. She was found guilty and was sentenced to death in 1998. Gissendar was scheduled for execution on February 25th, but the execution was postponed because of snow, to today.

“Her journey is vividly demonstrated in her support of other inmates and her witness to young people in prison-prevention programs,” they wrote. “On more than one occasion, Kelly has prevented another inmate from taking their own life.”

Diane Sawyer’s: “A Nation of Women Behind Bars”