Boston bombing suspect moved from Boston hospital to Federal medical center located at Ft. Devens, Massachusetts. The details of the transfer are reported in the following article. 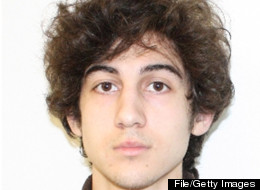 BOSTON, April 26 – Boston Marathon bombing suspect Dzhokhar Tsarnaev has been moved to a prison at Fort Devens, Mass., from the hospital where he had been held since his arrest by police a week ago, the U.S. Marshal Service said on Friday.

The 19-year-old ethnic Chechen, who was badly wounded in an overnight shootout last week with police hours after authorities released pictures of him and his older brother, also a suspect, had previously been held at Beth Israel Deaconess Medical Center, where some of the victims were also being treated.

Dzhokhar Tsarnaev on Monday was charged with the April 15 bombing, which killed three and wounded 264 at the finish line of the Boston Marathon.

By Willie-Why spend the tax payer’s money housing this terrorist. Some crimes are worthy of the death.

By Willie–Mike; I had the same opinion as you on the death penalty, but in this case my feelings changed. I know there are a lot of innocent inmates on death row.

By Willie–Mike; I know it is when so many innocent people were injured and those that were killed for no apparent reason other than hatred. They lived here and enjoyed all this country has to offer attend the best schools and this is the thanks, and now we the tax payers are asked to continue supporting him for the rest of his life. It is hard for me to get my head around this. I am prayerful that the investigators find all who was involved whether in the states or out and handle with swift justice. It is time out… Read more »