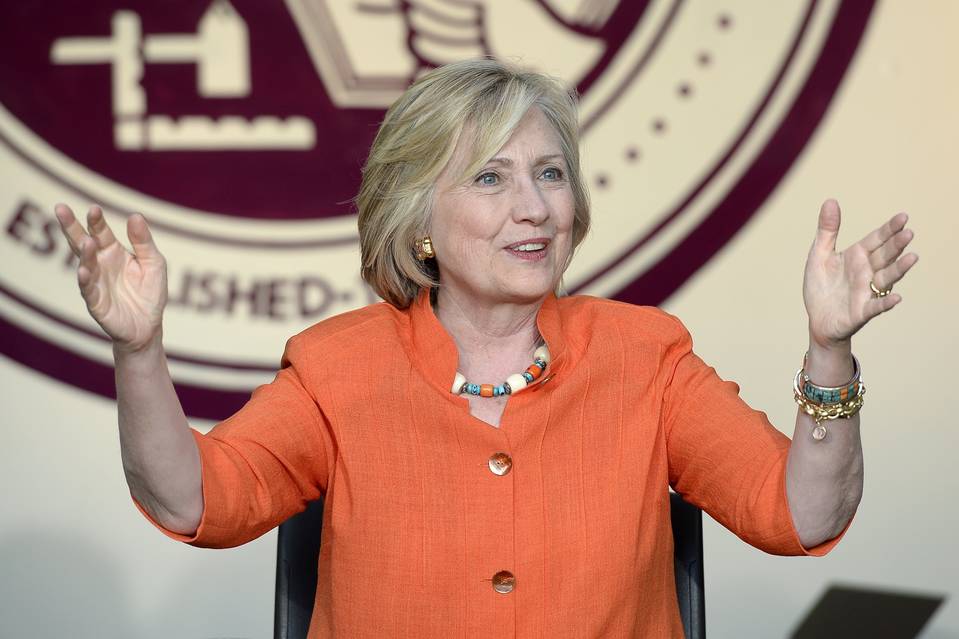 Eliminating private federal prisons and their lust for profit (at the expense of inmates and correctional officers) is one small step toward ending our mass incarceration crisis. As presidential candidates, your platform should consist o;reforming our harsh sentencing laws for nonviolent offenders, stop the imprisonment of the mentally ill, provide drug programs in the local communities, implement real rehabilitation programs in our prisons, and provide effective re-entry assistance to our returning citizens.

Our re-entry programs are failing. Nationally, about 66% of released inmates are locked up within 3 years of their release. A major cause of our high recidivism rate is the lack of employment for our returning citizens. The  “F” word is part of this problem. It is not the “F” word that you are thinking, but rather it is the “F” word – Felon. The constant use of this F word, felon, to describe a former incarcerated individual has reduced his or her chance for a successful re-entry into society. An inmate has completed successfully his prison sentence without any violations,but to society, he is branded forever a felon. The collateral damage from a felony conviction is overwhelming. I looked at ads for house rentals and some ads indicated no smokers, no pet owners, and no felons. Ex-offenders are now the untouchables of American society. Our American untouchables, felons, not only have difficulty obtaining safe housing, but face overwhelming obstacles finding employment.

Anyone with a criminal record has known the anguish and frustration of trying to find a job upon release from imprisonment. Once the former inmate has checked the box in the application for prior convictions,  the interviewer’s mind has closed to any thought of hiring, despite the applicant’s qualifications and his eagerness to work. The term “Returning Citizen,” is a positive way of describing an individual released from prison. Labels such as felon has created a negative and discriminating environment. Amazingly Americans are astonished at the high recidivism without considering its connection to the high unemployment rate for our returning citizens. Numerous studies have shown that employed returning citizens are far less likely to become a recidivism statistic.

The United States has 25% of the world’s inmates and only 5% of the world’s population. Whoever becomes our next president should make a priority of reducing our shameful recidivism rate.One important step–eliminate the discriminatory use of the “F” word to describe returning citizens.

Lee–
Would that it were as simple as you make it out to be. Changing the name we call people who have been in prison, completed their sentences, and returned to society is likely to have as much impact on the way they are treated as changing the name we call certain people in this country from Negro to Black and then to African American.

Eugene–
I agree ! Besides what title would you give to someone who has a felony, but did not go to prison? Individuals with criminal backgrounds are not really caught up in titles or names. Most are concerned with finding resources that will improve their way of life. That is where our focus should be as well!

Bradley–
I understand your reaction to my post. I really wanted to emphasize the overwhelming obstacles that released inmates face in the outside world. which are influenced by a discriminatory environment. My post was not sufficiently clear in its goal. Thanks for the comments.

My comments pertain to the federal prison system, which I had the unfortunate privilege of experiencing for 45 months. First of all, prisons do nothing to prepare inmates for the inevitability of returning to “real” life. They simply warehouse inmates until their release date. There is no such thing as rehabilitation. The prison administration is simply there to collect their paychecks and count down the days to retirement (almost like they are serving a sentence themselves). Periodically, inmates would have the opportunity to talk with probation officers, who fed us the line that they were there to help us upon… Read more »

Well said, Philip. Years after you have completed your prison time, you are still punished.
Brad